Read about some of the seasonal behaviour of native animals 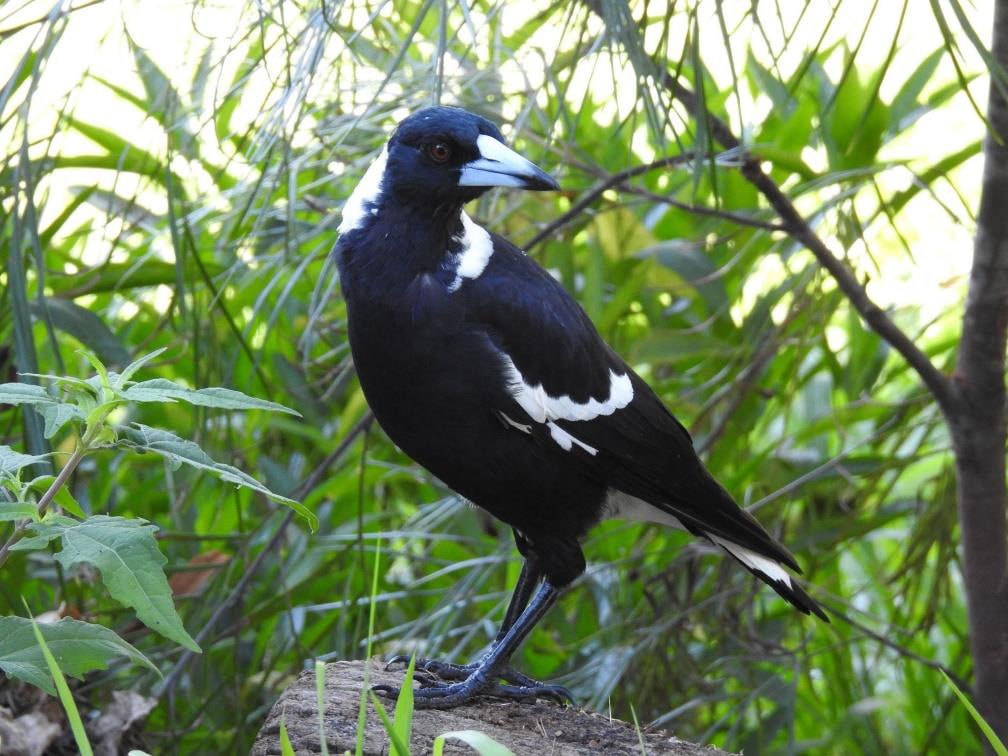 Australian Magpies breed as a pair, maintaining their territory throughout the year, and are supported by a family group consisting of juveniles from previous years. Adults can form long-lasting pair bonds and can maintain the same territory for many years. They actively reduce insect pests in our gardens and serenade us with their song. The juvenile chicks’ antics are a delight to observe as they explore and play.

Magpies lay their eggs mostly between August and December. During breeding season males experience increased testosterone and actively defend their territory to protect their eggs and chicks. This behaviour only lasts until the chicks leave the nest.

Magpies have excellent memories and are believed to be able to distinguish between people and so can identify unknown individuals whom they perceive as intruders. They may focus their attacks on particular individuals, types of clothing, age or gender. A once tolerant magpie may become actively defensive after experiencing an aggressive act such as children throwing stones at them or their chicks. When they recognise someone as a permanent resident of their territory, such as in backyards, they are often more tolerant.

When defending their nest, a magpie will begin with a warning to the intruder that they are coming too close to their nest. By firstly caroling, then clapping their beak and swooping. If the intruder doesn’t retreat the magpie may swoop even closer and eventually make contact if they feel the nest is under immediate threat.

Strategies to avoid being swooped include:

How to protect yourself:

Magpies are protected through NSW.
It is against the law to kill the birds, collect their eggs, or harm their young.

It is not recommended to remove a swooping male parent from a known nesting area as the female magpie will be left without a partner to protect her and their territory. Their eggs will either fail to hatch or the young will die of starvation and/or exposure without both parents. If their territory is vacated it will be claimed by other magpies seeking a nesting site. If only the nest is removed, the birds will build another one in the same area. Removing a nest will reinforce the magpies' defensive behaviour and extend their breeding season.

Please remember that just like any other caring parent, swooping magpies are not targeting you personally, they are simply protecting their young from a perceived threat and this behaviour will only last for a few weeks.

WIRES does not recommend feeding any native birds. While encouraging wild birds to come to us for food can make us feel special, it is not in the best interest of the birds. We must put their long term needs first.

The best thing to do to help is provide fresh drinking water daily. Keep a compost heap that you turn over from time to time. Show friendly intentions by putting out fresh water, having a compost heap, or digging or turning over sections of your garden to expose worms.

WIRES is sadly seeing an increase in humanised and imprinted magpies. These are chicks that have been hand raised by well-meaning members of the public and have sadly lost their 'wildness'. They are unlikely to be accepted by wild magpies and have little chance of pair bonding and raising their own families. Magpies must not be converted into pets. It is illegal to take animals from the wild and keep them in captivity.