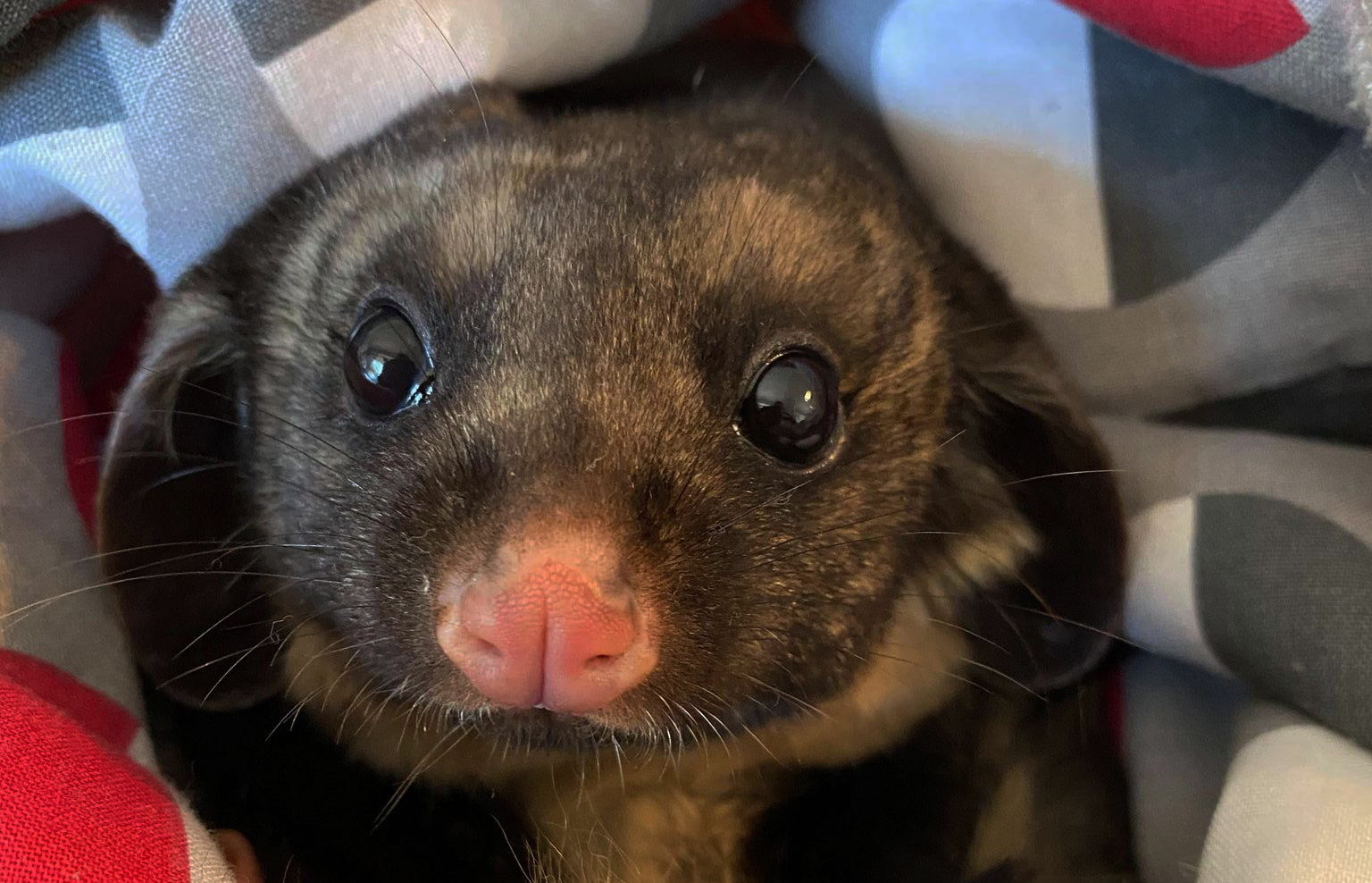 In October the female glider pictured above was found entangled in the barbed wire surrounding an electricity substation.

While she was being examined and treated for a tear to her patagium it was discovered that this glider was carrying pouch young, making it even more important to get her back to the wild quickly and fully recovered. These gliders are listed as vulnerable to extinction in NSW.

The patagium is the membrane that extends from the front paws to the hind paws and is used for gliding between trees. It is essential for survival and is one of the most frequently seen injuries in gliding marsupials who become entangled in barbed wire.

The Yellow-bellied Glider is one of Australia's six gliding marsupials. They are an active and vocal species and are not often rescued and in care. In the southern coastal region of the state, where this glider was found, only a handful have been rescued in recent years.

Known populations of this species occur in mature eucalypt forests and they feed on nectar, sap, pollen and insects. They live in small family groups and have a large home range where they forage for food.

It has a loud, distinctive call, consisting of a loud, high-pitched shriek, moans and gurgles that often subside into a throaty rattle. They can be heard up to 500 metres away and although to our ears it can sound like distress, it is in fact just the way they communicate. WIRES volunteer Sandy, who was caring for this glider tells us that as she recuperated she was often calling through the night.

We are very pleased to report the patagium tear healed well and she was released recently, to hopefully raise the pouch young she was carrying. Learn about Wildlife Friendly Fencing to help prevent barbed wire entanglement.